Warning: "continue" targeting switch is equivalent to "break". Did you mean to use "continue 2"? in /home/public/pya/wp-content/plugins/jetpack/_inc/lib/class.media-summary.php on line 87
 Uncategorized – Poor Yorick’s Almanack Skip to the content 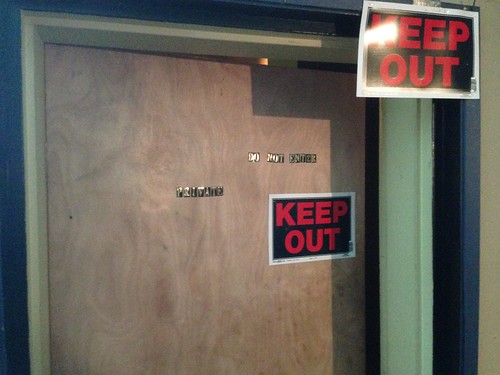 Hi, oh, sorry, the door was open…
So I just…
Didn’t mean to intrude.

Well, anyway, sorry.
I’m truly sorry.
It’s just that I saw the door was open
And I wondered if I could have
Just a moment
Of your time.

Well, yes
Yes I saw
I saw the signs…
I saw…
I saw…
Will you let me finish?

It’s just that
I saw your door was open
So I thought I might trouble you
Just this once.

“At least two-thirds of our miseries spring from human stupidity, human malice and those great motivators and justifiers of malice and stupidity: idealism, dogmatism and proselytizing zeal on behalf of religous or political ideas.”

“Of all the preposterous assumptions of humanity over humanity, nothing exceeds most of the criticisms made on the habits of the poor by the well-housed, well-warmed, and well-fed.” –Herman Melville

There are sad songs. There are beautiful songs. Then there are songs whose beauty and sadness are intertwined and inseparable, like this one.

There's a quickly paced piano intro, played in a minor key, before the main body of the song starts with Coltrane's plaintive alto sax.

I hear those lines and they describe to me all of the loss in the world – not an individual loss, but a collective one. It's a sadness large enough to absorb any I might be feeling in the moment without a flinch. The notes are weary and wise, and that is the source of their beauty.

The song is heart-breaking, but in the sense of breaking a heart open to experience a deeper compassion. This isn't a break-up song. This is a song that realizes that all love stories, even the best of them, come to their ends. Our individual doom is terrifying and ugly, but knowing we're all doomed is oddly comforting and, somehow, beautiful.

It's art like this – when the laughing has stopped and the distraction has been stripped away – that shows us an elemental truth of our existence. We need not be afraid of sadness because we are not alone. We are all sad at times and we do our best to carry on with dignity and clarity. Disappointment, regret, and grief pool in us. It is how we live. It is how we survive.

For some reason this morning, Bob Dylan’s “Song to Woody” (YouTube link has an unrelated Woodie Guthrie performance at the beginning) is stuck in my head. Particularly, this verse, which just strikes me as beautiful:

This is what I love about Dylan: there’s an economy of meaning in his lyrics. We can extract more meaning from a line than is readily apparent. For example, “Here’s to the hearts and the hands of the men…” Why salute their hearts and their hands? Why not their minds or their souls? Dylan is saying that these are men of passion and hard work.

But what really got me curious was the phrase “…gone with the wind.” It seemed like it was either referencing or sharing a reference of Margaret Mitchell’s pre-war best-seller, “Gone with the Wind.”

I did a little googling. I think the reference is to a metrically identical song from — of course — Woody Guthrie that was copyrighted just a few years earlier:

You’re no doubt more familiar with the Frank Sinatra version, which is not one of his best. He sings it like he’s addressing a room of elderly parents. It’s not his fault. The song has built-in nostalgia.

Cleo Laine’s version, though, takes it even further. It starts with an eery harp and string arrangement that recalls a stock dream sequence from some ’40s melodrama.

Don’t you know that it’s worth
Every treasure on earth
To be young at heart?

For as rich as you are,
It’s much better by far
To be young at heart.

But if you should survive
To a hundred-and-five
Look at all you derive
Just by being alive!

And here is the best part,
You have a head start
If you are among the very young at heart.

Get it? The lesson is that we’re all going to die. How you live is important. Pay attention!

I am your constituent and bicycling is very important to me. The proposed tax on bicycles to fund the transportation bill is counter productive for a number of reasons. Despite what Representative Ed Orcutt from the 20th Legislative District believes, bicycling does not add more CO2 to our atmosphere than driving.

Besides, when a government taxes something specifically—like bicycle purchases—it is best done when that something is a net negative for the public as a whole, like drinking alcohol or smoking cigarettes OR DRIVING A CAR.

Even worse—this 5% tax on a $500 bicycle is proportionately much higher than the 0.7% excise tax on new cars. And this tax will do nothing to improve the municipal streets most of us ride our bikes on. Taxing bikes to pay for highways? Might as well tax shoes, too.

I try to write this blog out of habit. It’s the only way things get done from me on a regular basis.

My habits are easily thrown off when my life pivots in a new direction. All this change has disrupted many of my habits, not just blogging. I’ve been wanting to come back to this, but didn’t know how. My sisters even tried shaming me back into writing here, which I appreciated very much.

But, seeing as that I’m in danger of breaking my cardinal rule about blogging — never blog about why you haven’t been blogging — I’m putting the emphasis on what I have been doing with my time instead:

Now that my life is coming back to a predictable pattern, I will come back to habits I enjoy.

The Internet and I celebrated our 20th anniversary together last November. We didn’t do much—didn’t even exchange special packets. I’ve been thinking about it, though.

Back then, the Internet was a lot harder to get around. I don’t think we even called it the Internet back then. We called it the backbone. I thought of it as a technical connection between two computers — yours and the one you were connecting to. It’s still that way, but we think of the Internet, as a whole, differently. Instead of a string connecting two tin cans, we think of it now as an amusement park, museum, library, and adult video arcade all wrapped into one.

A lot of what we use the Internet for now was covered then by bulletin board systems (bbs). The bbs was like a much smaller, community version of the internet. Craigslist, in fact, is probably the closest thing today to bbs back in the late 80s, the Internet was all about text. The Worldwide Web and Web pages were still about five years away. Though there were a number of things you could do on the Internet, there wasn’t yet one program to let you many different things the way today’s Internet browser does.

First, you had to connect to the Internet a telnet program on your machine or terminal. This connected you to a host server, usually a unix or vax server.

Once on the host server, you could check your e-mail, using a program like Pine, which was all text (remember, it was all text back then).

You could connect, via the File Transfer Protocol (ftp) to download programs for your computer.

You could connect to Usenet, which was (is) a vast, International discussion board system. I don’t remember now where I learned of the Harvard Brain Bank, but several weeks ago I made a note for myself to look into donating my brain after death for medical study. Every so often, I am reminded to look further into this. When those reminders come, I hit the snooze button.

The thing is, it’s tough to give away your brain.

I am an organ donor. Pledging organs is easier to do, I think, because I am not my heart or my liver or my lungs. I am, however, my brain. That’s how I see myself. I live inside my skull. I imagine there are pulleys and cables that animate my limbs, that make me smile, that make me jump out of the way of cars.

This is the case and I know it is not the case. Everything in the Universe that I know or have ever known has been inside my brain.